“It’s very easy to work with Jeff. He is super organized and he works with a great team. Jeff forces you to whittle down your case to the main points to prep for a focus group. To see the guts of your case 6-8 months before trial gives you a huge advantage. ...” - Joel Cunningham, Luvera Law Firm
“Jeff is a consummate professional; extremely well prepared and hard-working. He takes his job seriously and strives to do everything possible to get you necessary information to help win your case. ...” - Jack Connelly, Connelly Law Offices
“I’ve worked with Jeff on a number of cases, and each time I’ve been impressed with his ability to quickly get to the heart of the matter. A trial lawyer himself, he’s aware of how juror bias takes shape, and from his experience, he gets where we’re coming from. ...” - Keith Kessler, Stritmatter Kessler Whelan
“Jeff is exceptional at what he does. He is intuitive, extremely professional and thorough. Jeff’s experience and background as a trial attorney make him uniquely qualified. ...” - Brad Moore, Stritmatter Kessler Whelan
See More

A native Ohioan, Jeff Boyd received his undergraduate degree in Psychology with honors from Kent State University before receiving his law degree from The Ohio State University College of Law. He spent the first 27 years of his legal career in Columbus, Ohio. While in Ohio, he worked both as a partner at a large law firm and as the head of his own law office. During this time, he also served as the President of the Central Ohio Association for Justice and was a Board member of the Ohio Association for Justice. He is the recipient of both the Distinguished Service Award and the President’s Award from the Ohio Association for Justice. Jeff moved to Seattle in 2009 to form the Nelson Boyd law firm, based on Seattle.

Jeff is an EAGLE member of the Washington State Association for Justice (WSAJ), a member of the Board and Executive Committee of WSAJ, and past editor of Trial News. In addition to being a member of the American Society of Trial Consultants, Jeff is also active in the American Association for Justice, AAJ’s Jury Bias Litigation Group, and is a recipient of the Wiedemann & Wysocki Award from AAJ. In addition, he is a Fellow in the Melvin M. Belli Society, a member of Public Justice, a member of the Western Trial Lawyers Association, and has been selected as a Super Lawyer in Washington every year since 2012. He is a frequent speaker on the subject of focus groups and trial skills and has been published in both WSAJ’s Trial News and AAJ’s Trial magazine.

Jeff has tried over 100 civil jury trials, an impressive accomplishment, rare even among experienced trial lawyers. Jeff maintains an active plaintiff’s personal injury practice. He has represented hundreds of people who were injured as a result of motor vehicle collisions, motorcycle collisions, unfair treatment by insurance companies, wrongful death, medical negligence, defective products, legal malpractice, and police abuse and misconduct. He has served as a Trial Consultant in all manner of injury litigation, as well as commercial litigation and intellectual property disputes.

As President of Boyd Trial Consulting, Jeff has served as a Trial Consultant throughout the United States since the late 1990’s. Jeff came to trial consulting after experiencing its benefits firsthand when his firm started working with a trial consultant. In Jeff’s words, “it was a revelation.” As a result of his unique combination of skills and experience, other lawyers regularly hire Jeff to assist them with their cases and have subsequently experienced marked success.

Jeff’s approach to cases involves critical thinking and digging into the details and evidence of each case in order to see the larger picture more clearly. These same principals are at the foundation of his work as a trial consultant.

In his spare time, Jeff is an avid sportsman and hobbyist, enjoying road biking and skiing as well as photography and hot rods. He brings the same passion to his professional pursuits that he has in his personal life, reveling in the combination of intellectualism and street smarts that a career in law demands. 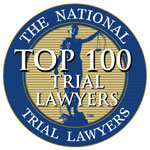